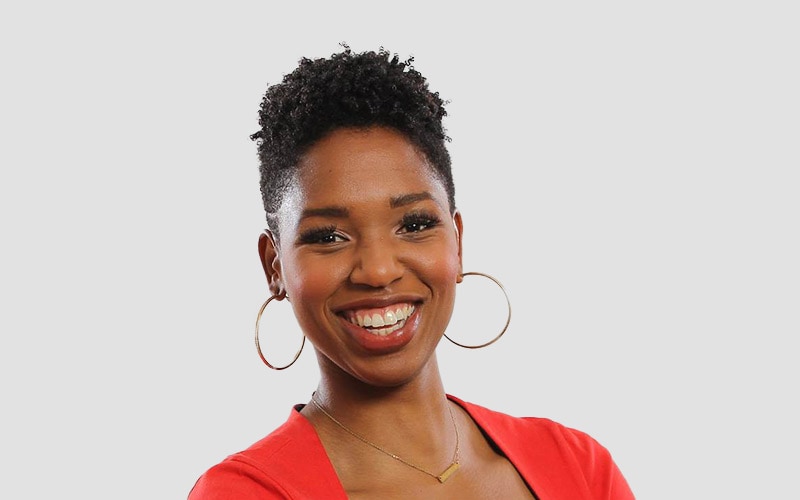 Monica McNutt is a sports reporter, host, and basketball analyst based in Washington, D.C. In 2019 McNutt added ESPN/ACC Network as a basketball commentator and Turner/NBA TV Virtual Reality broadcast to her roster of networks which already included Fox Sports 1, Overtime, and MSG Networks. Over the 2019-2020 basketball season she focused on the ACC, Big East, Big 12, the Knicks, and served as the CAA Women’s Basketball Insider. Her weekly podcast “Buckets, Boards and Blocks,” presented by Pure Hoops Media is available every Thursday. “The pod reflects the love I have for the game and all of its players because buckets are buckets,” McNutt told The Athletic via email in April. McNutt joined MSG Networks as a cohost to the program “The MSG 150” a nightly sports show highlighting New York’s teams, national headlines and lots of New York Knicks in spring 2019. During the 2019-2020 NBA season McNutt added Knicks Studio Analyst to her role and will return this season as a mainstay in the MSG studios during Knicks games. She will also be back in studio hosting MSG PM after launching the show with the network from home during the 2020 season. She has no problem shedding television traditions when teaming up with Overtime, and was a regular on the Snap Chat show “Hype School” where she shows off her basketball prowess. Her past stops include WJLA ABC7/ News Channel 8 in Washington, D.C., The American Sports Network, BeIN Sports and NBC Sports Washington. McNutt earned her master’s degree from The University of Maryland in 2013. She earned a bachelor’s degree and completed a career as a standout women’s basketball player at Georgetown University in 2011. McNutt still maintains her athletic lifestyle as a fitness instructor, specializing in Cycle. Her classes boast high energy, an efficient calorie burn, and a team-like environment and of course tons of fun.